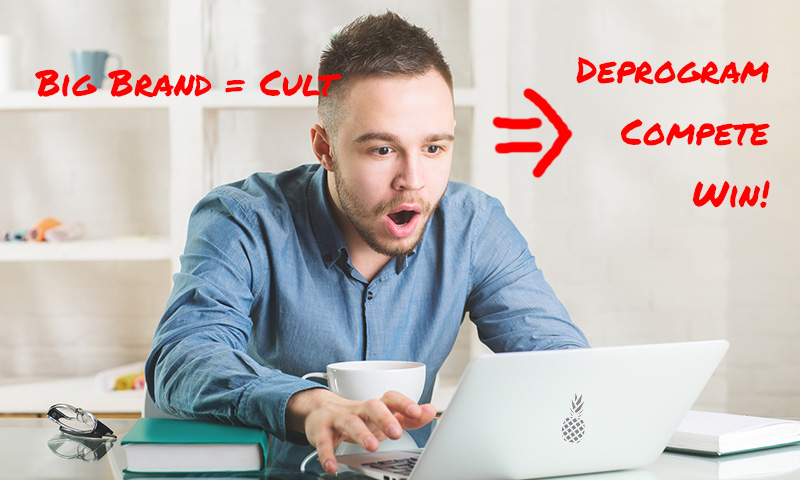 Have you ever notice how some brands have a cult-like following? These big brands have devoted fans that support them, seemingly regardless of what they do. While this situation is ideal for large organizations, it is extremely challenging for the smaller organizations that attempt to compete with them.

Cult vs. Brand – They’re Not So Different 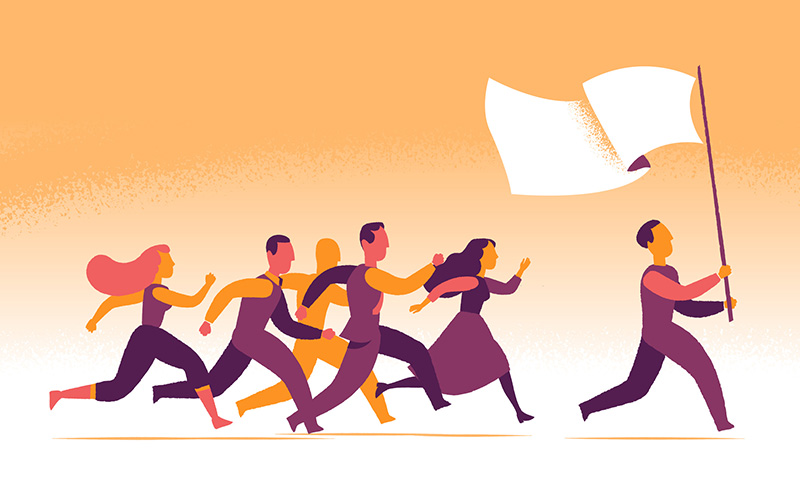 Many people are familiar with cults. They became very popular in the 1960s and were often religious in nature. Although the term often carries a negative connotation, it simply defines a group of people with a unified set of beliefs and behaviors centered around a central person. This person is often admired to the point of obsessiveness by its followers. Additionally, the cult leader often demands conformity and submission from their followers.

A brand, on the other hand, is less concrete. It is an intentional set of emotional and physical attributes assigned to a product, service, organization, ideology or group. The purpose of a brand is to be instantly recognizable and create (and cultivate) attachment toward a specific product, service, organization or group. The brand includes its mission, values, core beliefs, and other strategic statements or directives. It reinforces its designed emotional attributes with visual attributes of color schemes, sponsorship of charities or causes, logos, advertisements, and spokes-personalities.

Whereas the goal of a cult is complete submission by its followers, the goal of a brand is an emotional response that encourages its desired audience to make decisions that benefit the brand.

There are obvious differences between cults and big brands, but there are also many similarities. In fact, understanding these similarities, helps marketers identify why certain brands are more successful than others. Below are some cult-like behaviors often found in big brands:

This trait is seen in brands with popular leaders such as Apple, Amazon, and Ford. Their followers seem to follow the mantra of: “Our leader is the one to be trusted, and we must obey.”

Exclusivity is seen in luxury brands, political parties, and even high-profile software companies. You’ll even notice it among Netflix followers. Their followers believe they alone are the best and that everyone else provides misinformation.

Isolation differs from exclusivity in that these brands actively separate themselves from others. You’ll recognize this behavior in technology brands such as Apple or mobile phone carriers in the form of incompatible technology or exclusivity contracts. Like cults, their customers remain loyal because it is too difficult to leave.

“We must beat them,” is the theme of brands that take this approach. This us against them mentality drives passion and emotion over logic and reason. It unifies the group by creating fear and a feeling of persecution. This is common in political parties, and non-profits as well as popular brand rivalries such as Coke vs. Pepsi.

Cults discourage free thinking, research, and collaboration in favor of their leader. Brands mirror this behavior with a barrage of learning materials distributed over a variety of mediums. For entrenched brands, careful attention is given to utilizing marketing materials to limit consumer research, appeal to the emotions and reinforce core beliefs.

Followers of both cults and brands become emotionally attached which can create a strong bond of loyalty. Some they take it so far, that they feel the need to defend their brands to others. You see this in many entrenched brands, including Windows vs. Mac, Starbucks, luxury clothing brands, and car manufacturers.

When brands claim a special status for themselves, leadership and members, they are using a tactic that is common in cults. The elitist approach creates a feeling of unity and belonging combined with exclusivity. Those associated with the brand are ‘lifted up’ simply because they belong to the group. You see this in luxury brands such as Versace, Porsche and Trump Properties, but the reverse is also true for extreme value brands such as Amazon, Target, eBay, and even fast food dollar menus.

Cult Deprogramming as a Tactic of Brand Competition 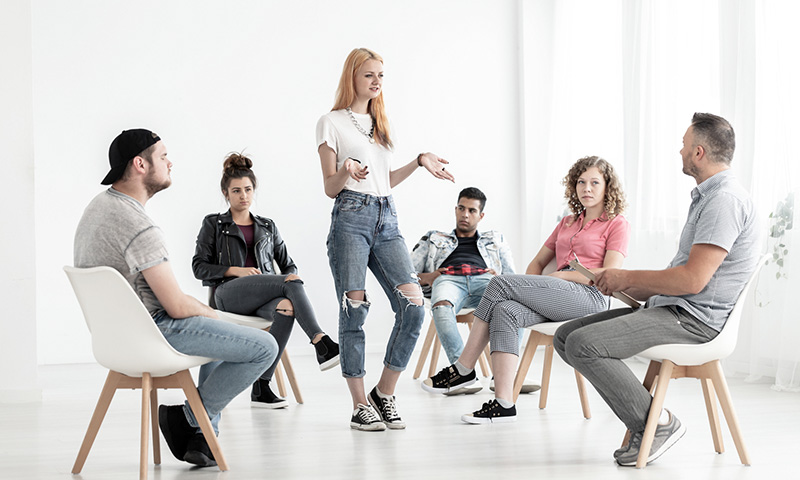 In the 1960’s, a rise in cult activity throughout the United States led to the development of cult deprogramming. While the methods used for deprogramming varied based on the philosophy of its administrator, the primary approach is a direct confrontation of the cult member, forcing them to re-evaluate their allegiance. Nowadays, it is sometimes called exit counseling.

In the early days, cult deprogramming often employed brutal methods to separate people from their groups. Many times, because of the physical isolationism of many cults, this involved kidnapping. We are not suggesting you kidnap brand audiences, but rather use some of the modernized psychological techniques to deprogram your audience through your own marketing, advertising, and communications. 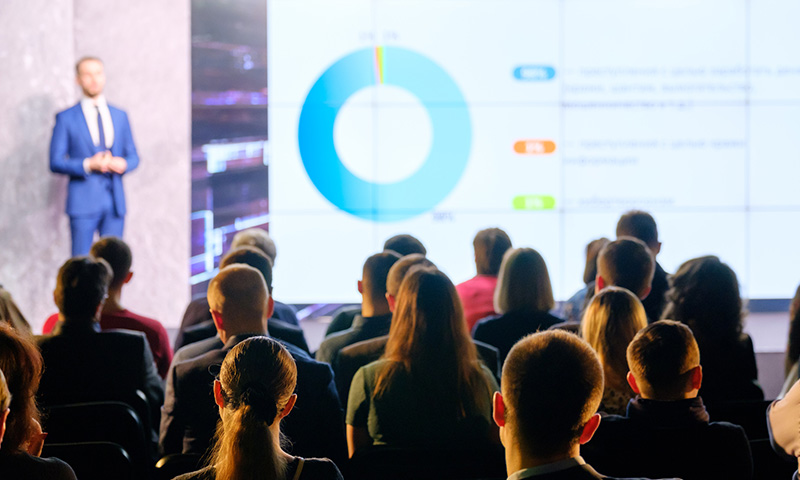 Since many of the traits of cults can also be found in big brands, modern cult deprogramming tactics can actually be applied to win over an audience. Below are some ways to ethically deprogram audiences so that they are free to become loyal to your brand.

If your target audience has a particular belief about a brand, try introducing a new fact or view that they also believed to be true, but directly conflicts with their original view. Point out that these two beliefs both cannot be true or else they couldn’t exist.

While this alone won’t pull them away from a brand, it gets them on the road to thinking more critically, doing their own research and potentially re-evaluating their other core beliefs about a brand.

Avoid using Slogans or Mantras in Your Messaging

This is likely one of the ways they were originally indoctrinated into a brand, as they remove the need for critical thinking and reasoning, letting a brand’s message slip in and take hold quickly and easily. Avoid countering with slang or buzzwords, as it may accidentally trigger defensiveness and the feeling of being attacked.

Example: Calling a Mac user as an “apple fanboy” (well-known slang for an apple products enthusiast) may put them into defensive mode shutting down their reasoning centers. You are not going to get them to do anything but resist anything and everything.

Using one authority against another is a powerful way to deprogram an entrenched brand audience member. First, identify which authorities (such as people or companies) support your position and or detract from your competitor’s position. Then, elevate their messaging to your audience so that they see or hear someone they respect detract from the brand which you look to compete with.

Sometimes it works to use a brand’s own messaging against them. Here are some specific ways to do that:

Use these tactics to disprove the myths they create to sway audience members.

Example: A dairy brand says you should buy from them because they use a healthier type of feed for their cows. Upon doing some research, you find that this healthier feed contains antibiotics and other unnatural chemicals. This information can be used to disprove the myth that cows fed with the “healthier” feed produce higher quality milk.

In many cases, it takes one to know one, that is why testimonials from a convert to your brand can be compelling. These testimonials can provide useful deprogramming information such as:

Example: A well-known singer used to use a big brand cough syrup when they got sick but realized that the amount of sugar was very harmful. Now they are a proponent of your brand which provides the same or better benefit without the harmful sugar. This can be a very powerful type of testimonial message.

Stick to the Facts

Many followers of entrenched brands are fans because they simply do not have all of the facts. They hear bits and pieces and what they usually hear is what a brand has been messaging directly at them. With so much marketing noise out there, combined with the fact that people just want to live their lives, it is no surprise that many times, they don’t do any research at all.

Sometimes by simply confronting them with real facts, it will trigger them to do their own research and opt to make a decision that feels like their own. Encourage this behavior by providing factual sources or references, and making them readily available and understandable.

Example: A man voted for a particular candidate for mayor because they like what they said about economic initiatives in town. However, when confronted with facts from a recent litigation, they can see that this candidate has a history of using other people’s funds unethically. The voter may reconsider or at least do a bit more digging to reevaluate their position.

Be Respectful and Use Compassion

Tone is everything when trying to pull audience members away from an entrenched brand. Here are some ways to ensure you don’t alienate potential converts:

If these are used consistently, audiences will likely feel comfortable making the switch from the big brands to yours.

Example: A donor gives a lot of money to an energy support and promotion firm because they believe in energy independence and security. Confronting the donor both by acknowledging and being supportive of their reasons is important to opening the door for communication. It may be easier to then show the negative effects of the energy firm’s spending on the donor’s community without provoking feelings of being gullible or wrong. The donor will feel justified in their actions but be open to looking for alternatives places to put their donations to accomplish their same goals.

It’s a Big Fight, But Ultimately, It’s Worth It.

Unless you are somewhat of a match in size or have a serious competitive advantage, you may not be able to defeat or overpower a big brand. However, understanding how they work and regularly using deprogramming tactics can help you play to win and take your own share of the market.

For the small businesses looking to win over one customer at a time, brand competition via cult deprogramming tactics is the best way to compete against the big brands.

Michael Reiss is the founder and executive manager of Advertology. He is an experienced marketer with over 14+ years of hands on experience planning and executing campaigns, creating strategy, directing teams, and managing projects. 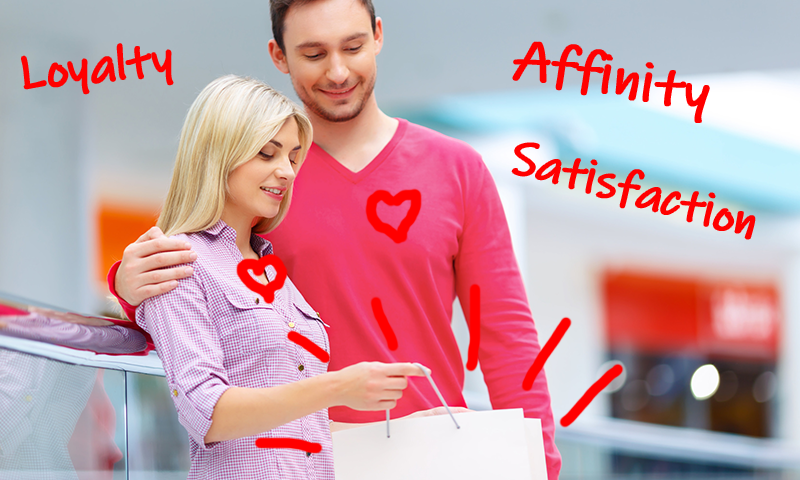 Building Brand Affinity from the Ground Up 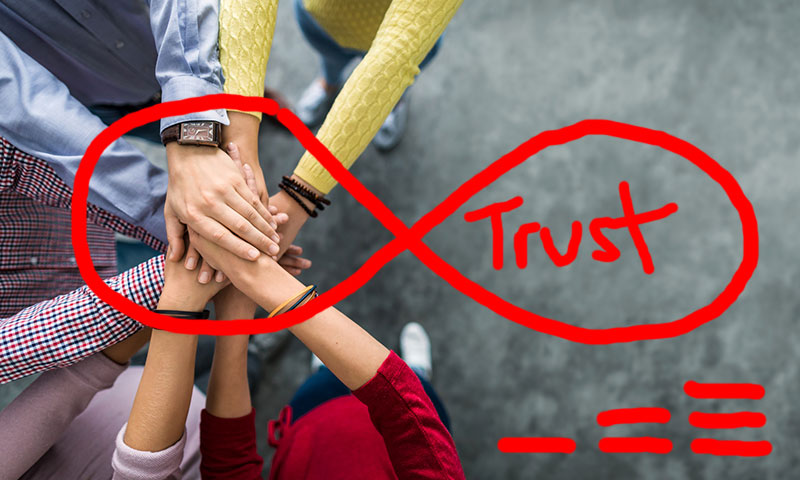 36 Trust Building Words You Should be Using 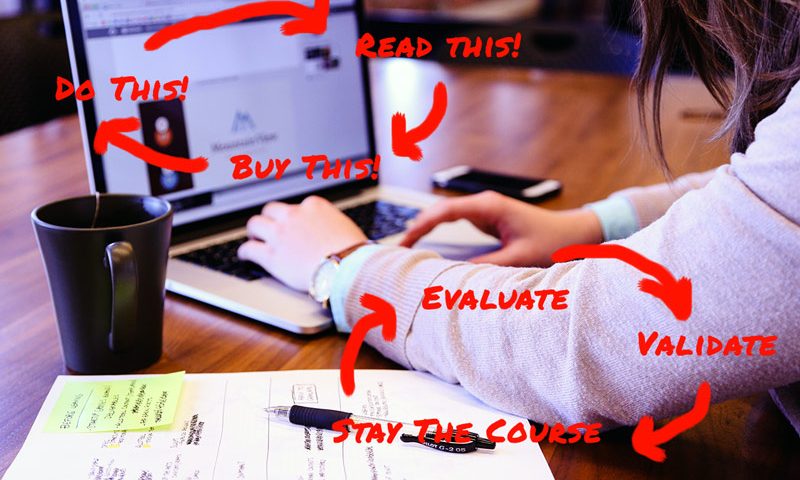 As a Marketer You are Being Marketed To